EMAIL [email protected] to be added to our waiting list for this event!

Have you considered what your startup "story" is?  While it may seem like a simple question for some, there are many factors for innovators of all levels to consider. How much information is "too much information?" How do you tailor your messages to appropriate audiences? How can perfecting your "story" help to secure funding and the attention of major healthcare leaders? Where do you go and what influencers and journalists do you want to tell you "story?" What value do mainstream journalists versus bloggers versus social media users present in the modern day?
These are just a few of the questions that innovators and startup organizations should be considering on a constant basis, as the successful execution of public relations and messaging can make a major difference in who and how often your offering is seen in critical spaces.
At this workshop, Brendan will address overarching themes and ideas to consider before meeting individually with attendees for 10 minute brainstorming sessions.
Seats are limited so RSVP today!   FREE! 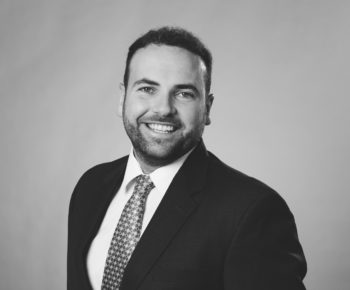 Brendan Monahan
Brendan is an associate vice president in the health care practice, advising clients including hospital systems, insurers, life sciences and medical device companies, and advocacy organizations. Brendan develops strategic communications plans designed to achieve regulatory approvals, support major financial transactions, increase market share and respond to crises.
Prior to joining the firm, Brendan served as Manager of Media Relations Affairs at Dana-Farber Cancer Institute, where he led media relations for one of the nation’s premier cancer centers and AIDS research organizations. He had previously served as Manager of Public Affairs at Baystate Health, leading public and media relations for the 6-hospital regional health system.
Brendan began his career as a broadcast journalist. He spent nearly seven years at WGGB-TV in Springfield, Mass., including several as an Anchor and Investigative Reporter, following stints as a reporter at New England Cable News and WTEN-TV in Albany.
Brendan earned a bachelor’s degree in communications from Fairfield University.

Rasky Partners Inc. was founded nearly 30 years ago (1989) to provide public affairs and strategic communications counsel to clients who operate at the intersection of business, government (public policy) and the media.  Prior to starting the firm, now Chairman and CEO, Larry Rasky, served as Director of Policy and Communications for Chairman Ed Markey on the House Telecommunications and Finance Subcommittee and as Communications Director for then-Senator Joseph Biden. In 1997, along with partners Joseph Baerlein and Ann Carter, the trio launched Rasky Baerlein Strategic Communications, which led the firm to become widely regarded as one of America’s leading independent public relations and public affairs firms.  The firm has consistently been recognized by PR Week as one of the top firms in the country and was selected by the prestigious Holmes Report as a Top Public Affairs firm of the year.
Today the firm continues to be headed by Rasky along with Managing Directors Justine Griffin (Communications) and George Cronin (Public Affairs). Rasky Partners combines over 50 seasoned experts between Washington and Boston, offering client’s custom tailored strategic counsel on a wide range of public policy and strategic communications matters.  In addition to public relations and government relations services, the firm also specializes in reputation management, crisis and litigation support, ballot question initiatives, and digital advocacy and communications.

Sorry, this event is sold out.